skip to main | skip to sidebar

The Loss of the Father of Maldivian Independence 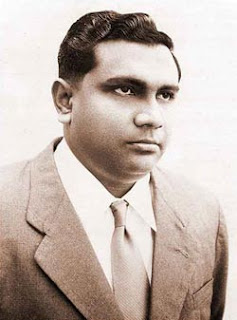 “10 years is enough. In fact, it is in excess of the time I wanted to govern”. He was the second President of the Republic of Maldives, governing from 1968 to 1978. Sumuvvul Ameer Ibrahim Nasir Rannabandeyrikilegefaanu (Born 1926 and Passed away on 22-11-2008).

Today I had the honour to pay my last respects to a man who I had never seen, the first President of the Second Republic. As the nation mourns the demise of this great figure, it would be right for us to acknowledge the great things he did for the betterment of this nation and for the profit of the people of the Republic of Maldives. What he did wrong, is for you to judge and not to say at the time of his death with his body still not buried.

To acknowledge all that he has achieved for this nation would be too long a list, but, not mentioning the development of the, judicial system, education system (the current G.C.E Education system, the telecommunications system (the T.V.M, Radio Maldives), the fisheries industry, the tourism industry (first resort being Vihamanaafushi, now Kurumba Village, Bandos Island Resort), the health system, the Airport and the good governance of all the atolls would be a folly on my part (and I rarely make follies)!.

When the time came for the Maldives to be independent from the British Protectorate, it was Ibrahim Nasir who made this crucial decision for the people. When Ibrahim Nasir felt that he had governed Maldives for too long a time (10 years in time), he peacefully resigned from his post as the President of the Maldives. This is the child of true democracy, unlike Our Foreverness Golhaabo For Life, who felt that even 30 years of biting the Presidency is not enough, and crying for more!! ( hard as it may be, let the readers know that I am in no mood for foul language today)!

His Foreverness Golhaabo’s cronies, Abbas, Illyas and others who created a nuisance for the whole family of Ibrahim Nasir and other members of Velaanaage became the next cabinet Ministers.

Making foul songs and poems, blaring them from the speakers along the streets of Male’ and in the areas where Nasir’s relatives lived, rioting on the streets, forcing young school children to come out and participate in the demonstrations against the Velaanaage Family and the ministers chosen by Nasir were the dish of those days. And Hammittey, who cried like a little girl, in Parliament when Nasir decided to resign, was more than happy to become a member of the Cabinet of his brother, so that he may make his disgusting advances on the young men of the nation.

Just ask any old person above the age of 50 who is alive on the streets of Male’ today and you shall have the truthful answer. Or you may even ask a brave soul such as Moomina Haleem who was the first female Minister and the likes who were forced into self-exile due to the nuisance created by His Foreverness For Life and his cronies! Or even have a look at the T.V for crying out loud!!!!
AND His Foreverness Golhaabo HAD THE BLOODY NERVE TO COME ON T.V TODAY AND SAY HE WAS NOT AWARE OF IT ALL THIS TIME???? Bloody……..!!!!!!!?? THIS IS WHY WE SHOULD HAVE GOTTEN RIDDEN OF THE OLD His Foreverness Golhaabo SOONER!! How else could we survive with such a DEMENTED old fart who does not know whether he has crapped in his nappy or not???

This is indeed a strange day for all of us!! Even in here!! We have seen the REAL who is who in Maldives..!! Speaking of that, this morning, The All Knowing Sakeebu was on T.V trumpeting about the great doings of Nasir. When Ismail Nasir got off Sri Lankan Airlines with his fathers body, The All Knowing Sakeebu was so saddened by the fact that he could not get to know Ismail Nasir. And whose fault was that? None other than His Foreverness Golhaabo, who made sure that Maldivians would only remember Golhaa as the father of democracy and who brought Maldives into the current future, thereby taking credit for all that is done for Maldives by Ibrahim Nasir. Hehehehe… Even Helldom is better off than Maldives when His Foreverness was through with it!

Today, the Devil was flabbergasted to be quite close when the Pyromaniac Abbas and Illyas scrambled into Theemuge after the coffin of Ibrahim Nasir, to pay their “last respects”. Even I would be ashamed to do that after all that they had done! Adding to this dishonour was the fact that His Foreverness and his brood went to pay their last respects when Ibrahim Nasir’s family did not clearly wish then to do so (whispered in my septic ears by a clever little demon)?

And the T.V.M, who, for 30 years was arse-kissing His Foreverness Golhaabo was heaping the long over-due praise upon praise for Ibrahim Nasir!! Hehehehehe…. Talk about hiding the truth for 30 years.

The fact is, if His Foreverness For Life, won the elections instead of Not For Life Anni, then the demise of Ibrahim Nasir, in Mount Elizabeth Hospital of Singapore, would just be mentioned in the post script of the 8.00pm news on T.V.M. And neither would we see this sad but GREAT DAY, when a true President would return to his own country to rest amongst its people and that too in great honour, with dignity and with a great outpouring of grief!!!

May God have mercy on Sumuvvul Ameer Ibrahim Nasir Rannabandeyrikilegefaanu’s soul, grant him Peace in Heaven and grant courage and strength to his family in this hard time. Amen!

P.S. Even when I was paying my last respects I was bloody shocked to notice that in the side-room that we were in, that there were plenty of hooks on the wall of Theemuge? wonder where the paintings or pictures on those hooks!
Posted by Maldivian Devil at 9:40 AM 49 comments: 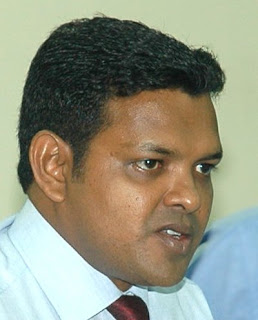 Talking about Political absurdities, it is my contention that this Kutti of a Fool has actually come up with some sensible arguments. Surprise! Surprise! Wonder where his allegiance will swing this time?

I too think that it is a political absurdity that the 8 stinking minions of His Foreverness Golhaabo For Life should continue under the new Government! Might throw a spanner into the hard earned works of those who actually did and are in the process of bringing true democracy to the Maldives.

Hell! Even I would not take into this Firedom any coot who did not agree with me in the past! So what’s the big deal about all this?

Let’s see. According to my previous article, His Foreverness Golhaabo For Life was never a president of the Maldives under the new constitution. He was just another presidential candidate who sorely lost under the second round of the elections, which means that there can never be his Presidential elected members in the Parliament. The reason is that he has repealed the old constitution and henceforth his elected members should not exist under the new constitution. Period!

Since we are talking of legal issues, lets see what arguments we can put forth against Kutti and His Foreverness for Golhaa. First, the new constitution does not provide for the appointment or removal of the previously elected 8 minions nor for the newly elected 8 demons. So what is to stop Anni Not For Life from electing his 8 demons? He did not do anything unconstitutional by electing them, since the constitution is silent on the matter. There is no illegality or any issue of an act ultra vires to the constitution. When His Foreverness For Life, wanted to change his members or dismiss any member of Parliament he did so at his demented whim and fancy. Well! Atleast Anni Not for Life is doing according to the “precious” procedures that Kutti is now so vehemently protecting! Hehehehe!! Kutt. You also said:
“While it may be logical to say that any member appointed by the president can be dismissed or replaced by the president, law does not always follow logic Law requires specific procedures to be outlined in the constitution to do that. This is especially so, when different countries have different procedures for appointing or nominating members to parliament”.

Since when were you so very much concerned about the proper legal principles? When his Foreverness For Life was thrown out on his royal tush onto the streets? Hehe..My dear evil Kutti, you want to eat the cake and the cherry on top of it! Believe you me, you are one cunning little demon! Since Law required specific procedures and we follow logic, not fancy, it is only right that Anni Not For Life replace the old 8 minions with his 8 little demons. This is logic! This is correct! And you yourself stated that the current Parliament is locked within the new constitution. Again! This gives Anni the power to replace His Foreverness Golhaa’s 8 minions with his own little demons.

Kutti, you also mentioned with your sneaky tongue that:
“Therefore, it is imperative that the constitution provide procedures to appoint, dismiss and replace appointed members in the old parliament. However, no such procedure is there in the current constitution”.

Now whose fault was this? His Foreverness NEVER AGREED in the first place to come up with a PROPERLY DRAFTED CONSTITUTION whereby he may undermine his powers! Bloody Hell! He never expected to Lose this time! Therefore it is his own death trap that he has walked into! Hehehehe….sorry old coot! You lost!

Therefore under the same anology whereby the new constitution does not give power to appoint new members, then under that anology, the old constitution does provide for the replacement of His Foreverness for Life’s 8 stinking minions!

You should be the one to talk about the Democratic way of electing members, let alone Democracy! Ha! Makes me wanna puke putrid pus! Atleast Anni Not For Life is doing the right thing, by coming up on TV and announcing that any decision of the Court on the matter would be honoured and obeyed. Since when did your Master, His Foreverness Golhaa For Life actually uttered such noble words? Did you honestly think that Anni Not For Life is going to jeopardize the rights and liberties and trust of the people of Maldives as your Master has done! Never! Or else he shall answer to me.

So be a good little Kutti, and go to bed instead of trying to stir up some silly little mischief!
Posted by Maldivian Devil at 2:11 AM 2 comments:

Maldivian Devil
devil's island, Maldives
I am the devil's advocate. I am the devil incarnate. I am me, myself and I. I am totally obnoxious. Do you want to know anymore?